An opportunity to free the body from the weight of gravity.

A moment of effortless floating and a unique feeling of detachment.

Discover the deeply relaxing effect of aquatic therapies. Massages and breathing techniques are conducted safely, with the support of a therapist and flotation accessories, in a pool specially built for this purpose. The water, heated to 35 degrees, is free of harmful chemicals. After a session, the body is refreshed and the mind calm. 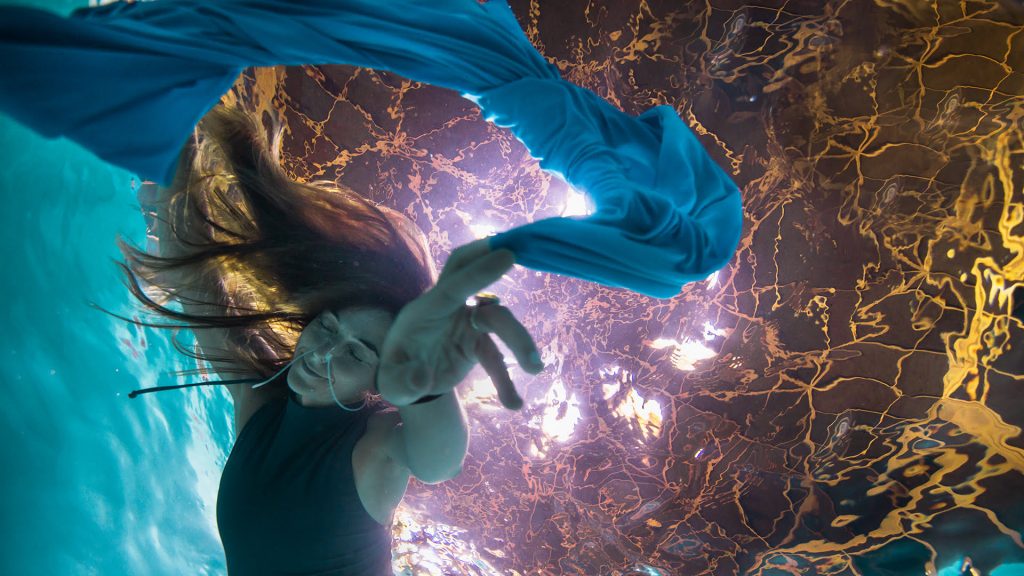 A session in hot water facilitates movement and flexibility. It helps to reduce pain, stress, anxiety, neurological or orthopedic injuries, debilitations or muscular weaknesses. It increases the blood flow in the body and is also very beneficial in surgical recovery and throughout the pregnancy and postpartum process.

They are a unique way to take care of the body and mind. The sequence of movements, adapted to each case, can help to overcome illnesses or simply provide a water flight with an enormous sense of well-being. The therapist assumes the role of caregiver and is present to provide a safe environment, applying specific techniques, whether breathing, massage, stretching, relaxation or immersion, always respecting the limits and history of each person. 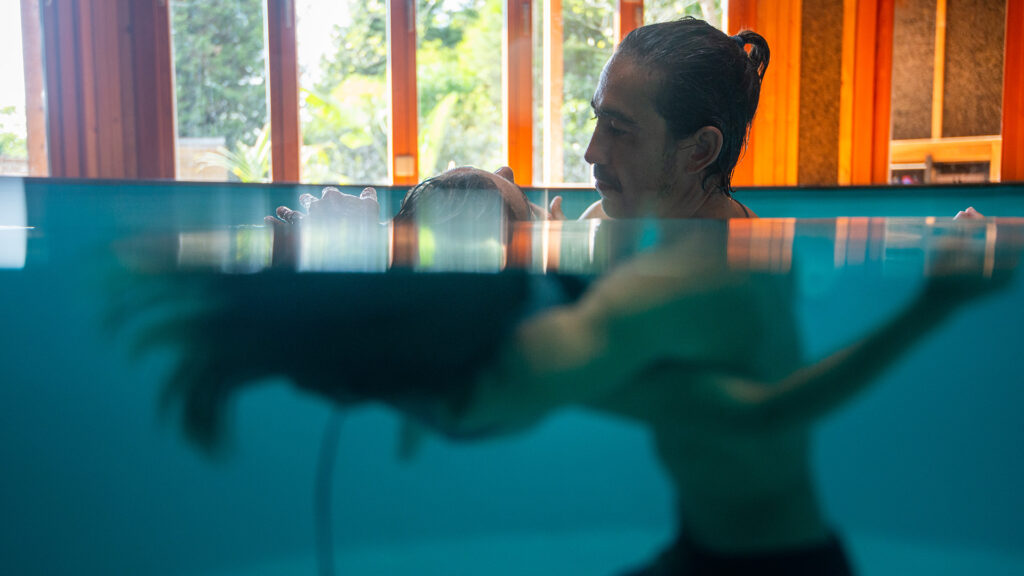 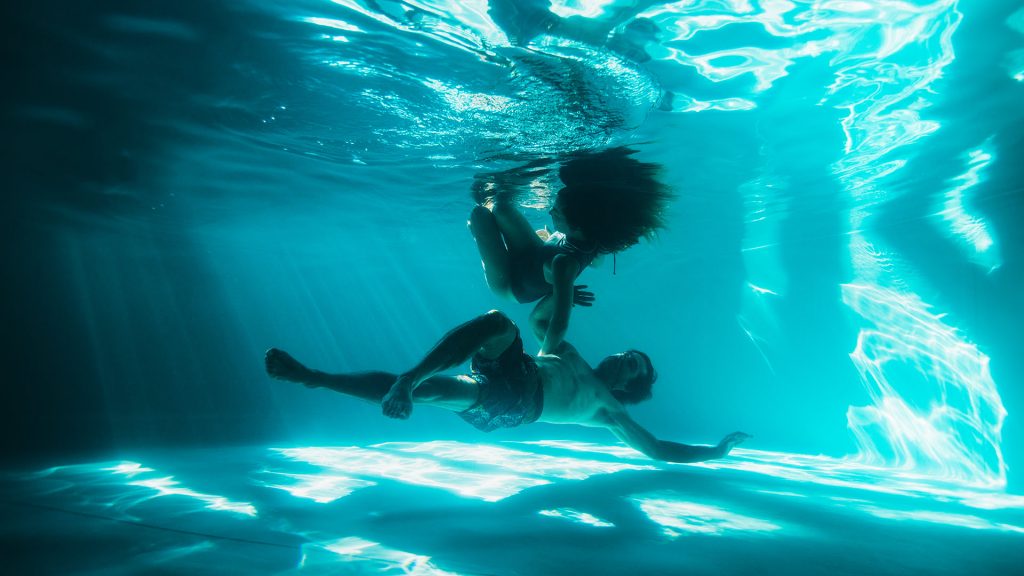 Water is an ancient source of health and well-being. It is an essential element of life, with countless therapeutic potentials. The planet and human body are made up of about 70% water. Knowing and taking good care of this fluidity determines the vitality of our health and the world around us. In any of its states, water not only hydrates and nourishes: it cleans, vibrates, reverberates, keeps memories, heals and allows for the existence of life.

First of therapies, mother of all others. Watsu derives from two words: water (water) and shiatsu (finger pressure). Muscle stretches, effortless push-ups, twists, a feeling of lightness and an enormous mental tranquility. The combination of these factors developed in an aquatic environment is due to the North American Harold Dull.

Developed by Arjana Brunschwiler and Aman Schroter in the 1980s, it is also known as Wasser Tanzen or WATA. It is characterized by more dynamic movements, coordinated with breathing and massage elements, Aikido, undulations, inversions, dancing and gentle immersions (with the help of a nose clip).

It is at the Quiet Healing Center, in Auroville, India, a space that brings together various therapies related to well-being, that resident therapists Dariya and Daniel developed this aspect of aquatic movements. Liquid Flow is inspired and based on the forms and qualities of Watsu, OBA, Healing Dance and WaterDance.

Oceanic Bodywork Aqua is a session that starts very smoothly as the body and mind gain confidence in the therapist. It grows into a combination of stretching, massage and joint mobilization. It is one of the techniques whose experience is enriched with submersion, using a nose clip. It was created by Kaya Femerling and Nirvano Martina Schulz.

It’s like receiving a dance in ten steps, without any kind of effort, just enjoying it. The name of the healing comes from this ability to revitalize the body through a sequence of movements. This treatment was initially developed by Alexander George in 1993.

With wisdom enriched and developed for over 20 years, Shantam has become one of the people who knows the therapeutic effects of water better. She developed Fluid Presence, the most holistic of therapies, which understands the body and movements as a whole, in and out of the water.

In Japanese, Hara means the center of everything, the focus and origin of movement. Aguahara was created by Alex Sieberstein and explores the individuality of each one and their connection with their surroundings. It involves us in the silence we find in the water and in the way the body creates its own underwater flight, albeit always guided by a therapist.

Some describe the sensation that one experiences in an aquatic session as a return to the womb, a submersion that brings us security and frees us from the weight of gravity. Flydeeper is one of the therapies in which we can most easily reach this state of surrender and lightness. The sequence of movements is slow and intuitive.

Created by Kfir Kol in 2005, this technique was developed while observing and working with newborn babies in the water. Over the years, he has improved not only his movements, but also his baby’s cognitive, ergonomic and sensory knowledge. The experience provides the activation of recent memory and the return to a natural and protected aquatic environment.

In a series of harmonious movements, this “rebirth therapy”, as it is also called, returns us to a feeling of coziness and relaxation, a return to a state of calm and tranquility. The word Janzu means peaceful river. And that’s what happens: the body lets itself go like a river that carries us gently.

There are no words available to describe the blessing I received. Gratitude!